The methods and technologies used in data mining and based on the concepts of similarity, proximity, analogy are considered. The idea of similarity is inherent in human thinking, it has given rise to a whole range of approaches for all fundamental tasks of IAD, among which the main focus of the course is on classification, regression recovery, clustering, recovery of missing data. The theoretical basis for the construction, implementation and analysis of a wide range of models and methods of IAD is presented. Methods of constructing and calculating similarity functions, matching similarities on various sets of objects, synthesis of new ways of comparing objects based on existing ones are considered. A complex of technologies designed for efficient representation and processing of metric information by computing systems is considered. Heuristic data models describing the initial information about recognition objects based on various implementations of the concept of similarity are investigated. The problems requiring solutions in the implementation of these models are considered. Special data structures and algorithms are being studied to effectively configure and use the studied models.

Exam based on course materials. 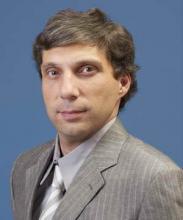